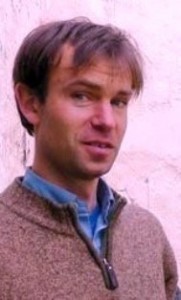 Martin Kelly completed an undergraduate degree in Germanic Languages in TCD (1997) which included time spent studying in Germany, The Netherlands and Sweden. He has an MA in Archaeology from Queen’s University Belfast (2004) and an MSc in World Heritage Management from UCD (2010.) He has worked as an archaeologist in various parts of Ireland and on a research project in Iceland. He now works as a tourist guide. Martin facilitated workshops for school groups which visited the RSAI’s exhibition ‘Our Heritage- A Shared Inheritance. Preserve, Examinate, Illustrate’ which was hosted by The Department of The Environment, Heritage and Local Government at The ENFO Centre in 2007.