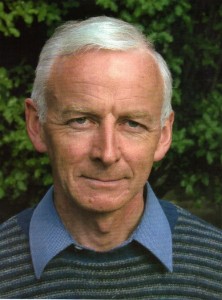 Tim O’Neill is a historian and calligrapher. His books include The Irish Hand –a study of the manuscript tradition in Ireland (1984) and Merchants and Mariners in Medieval Ireland (1987) and he is a contributor to A New History of Ireland published by the Royal Irish Academy.

Among his best known artworks are the Cardinal Ó Fiaich Memorial Gospel Book in Maynooth, the British Airways ‘Celtic style’ tailfin and reconstructed pages from the 8th century Faddanmore Psalter in the National Museum , Dublin.

He lives in Dublin.